We’re looking for a Breakthrough…

Chris Lee is a multi-talented actor, musician and Broadway Star. He’s graced the stage in Broadway sensation musical Hamilton and currently stars on a CW show called Legends. He produces, sings and writes heartfelt music and gives back to inspire the next generation in his free time.

But first, he was a Breakthrough student.

Chris’ passion for pursuing his dream of a career in entertainment started when he was a middle school student at Breakthrough Atlanta in the early 2000s. Since then, he’s flourished in many ways.

“Breakthrough was a beautiful experience,” Lee recalls.  “Academically it prepared us to the extent that we would go back into our classes the next year with confidence and I’d raise my hand and tell the teacher, ‘I know the answer because I already learned this over the summer with Breakthrough.” Not only did Lee find academic benefits with Breakthrough, but he also discovered a safe space to ignite his passion for performance, “Breakthrough was the first place that I actually performed in front of any peers, ever.  And that’s incredible because now that’s what I do for a living.  I absolutely found myself there. It’s so different because it’s such a safe space where you can try new things, and fail, and get encouragement, and thrive.  It’s honestly unlike any community I’ve ever been a part of.”

Chris’ belief in Breakthrough led him to create a song with his musical partner, Jess Grommet. The Breakthrough Song was first performed in San Francisco at the Catch The Breakthrough Spirit luncheon in 2019. This quickly led to the idea of recording the song in a studio and inviting a group of students from Breakthrough Atlanta to join in on the fun. The result was inspiring and evokes the true spirit of what Breakthrough is all about: giving us all a reason to be believe that we can dream the impossible and make it real.

“Sometimes kids of color in these big metropolitan cities, they feel like they’re told they can’t do something. And that ‘something’ may be the very thing this person dreams about, thinks about. Don’t let anyone tell you can’t reach your dreams… if anything Breakthrough is only going to help,” said Lee. “We are all working at our greatest potential. That’s what Breakthrough is about. That’s what Breakthrough is teaching people. I’m a product of this program. I know I’m the future, these kids are the future, too!” – Chris Lee

We hope The Breakthrough Song inspires generations of Breakthrough students and teaching fellows to come, and reminds them of the power they each hold inside to reach their dreams. Click below to watch the video premiere! In celebration of #GivingTuesdayNow, please also consider making a donation directly to the Breakthrough Impact Fund today. 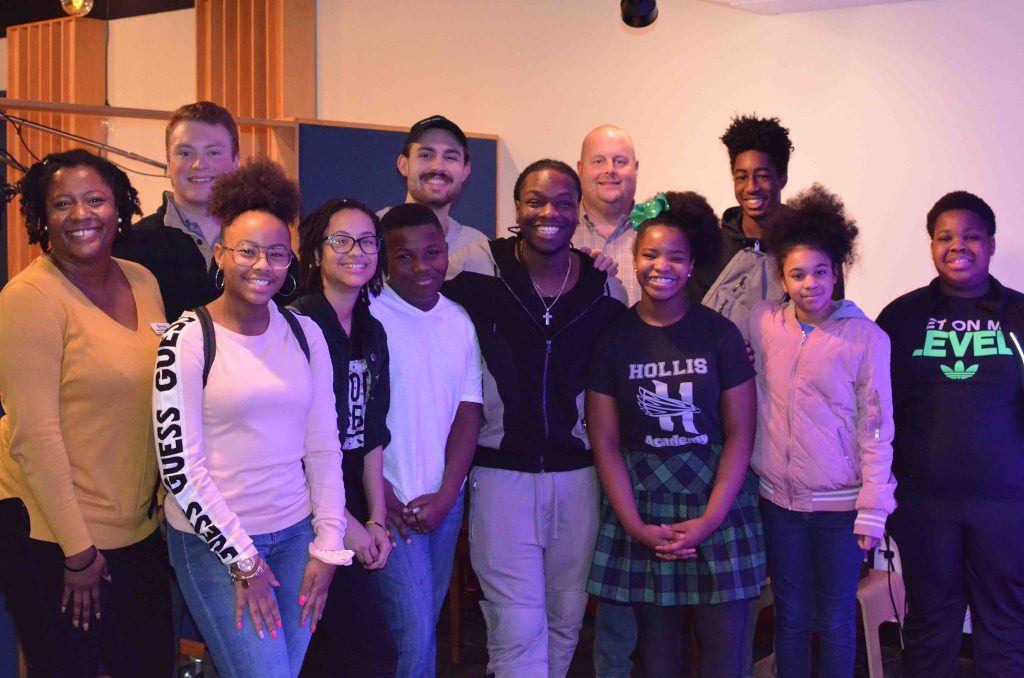 Chris Lee, along with his team, and the Breakthrough Atlanta scholars who joined for the recording session at Salvation Army Studios in Atlanta.