Elissa Vanaver became the CEO of the Breakthrough Collaborative in 2017, after more than a decade of leading growth at the Collaborative’s Miami affiliate. At Breakthrough Miami, her roles included volunteer, founding board chair, director of strategic development, and CEO. In spring 2018, Elissa was a judge for the New York Life Foundation’s Excellence in Summer Learning Awards. Before joining Breakthrough, Elissa was an award-winning newspaper editor and media executive, holding a variety of positions, including managing editor, vice president of human resources and chief of staff for The Miami Herald, which publishes in English and Spanish. Her 25-year journalism career also included management, editing and news-writing at the Dallas Times Herald and the San Jose Mercury News. 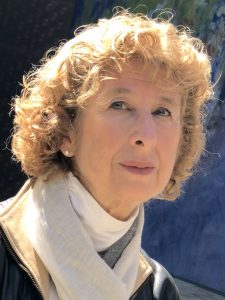 Rachel Martinez de Canada brings extensive recruiting, admissions, and outreach experience to Breakthrough Collaborative. Prior to joining Breakthrough, she worked as the associate director of admissions at the University of Minnesota Law School where she was responsible for recruitment, administered the school’s scholarship program, and designed a summer admissions preparation program for underrepresented students. Rachel also worked in undergraduate admissions where she served as the Chicano/Latino outreach coordinator and admissions counselor and has also worked in corporate recruiting. A proud Gopher, Rachel graduated from the University of Minnesota with Distinction with a B.A. in sociology and Chicano studies. Outside of the office, Rachel spends her time with her husband and young daughters. 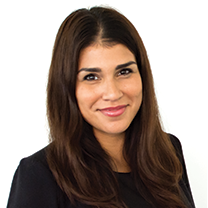 Ieesha McKinzie Collins rejoins the Breakthrough Collaborative team, having worked for the organization over a decade ago. She brings back with her a unique set of experiences from across the nonprofit, corporate, and K-12 sectors which will bring a fresh perspective to approaching strategic communications, brand development, marketing initiatives, and fundraising. Prior to joining Breakthrough, Ieesha led external communications and media for KIPP Texas Public Schools. Before that, she spent five years leading marketing communications campaign planning for several global General Mills brands, and also served as the education program manager for the General Mills Foundation.

Ieesha values being a lifelong learner and has participated in several leadership programs including: The Broad Residency in Urban Education (TBR ’17-19), Management Leadership for Tomorrow, and Teach For America (Atlanta ’06). Ieesha was introduced to Breakthrough during her sophomore year of college as a teaching fellow with Breakthrough Atlanta. This sparked her commitment to educational equity. She went on to work for the Breakthrough National Office and later served on the boards of Breakthrough Twin Cities and Breakthrough Houston. Ieesha is a proud first-generation college graduate who earned a B.A. in Journalism from Hampton University and a M.S. in Integrated Marketing Communications from Northwestern University. Outside of the office, Ieesha enjoys spending time with family and friends and hosting social events and group gatherings for fun. 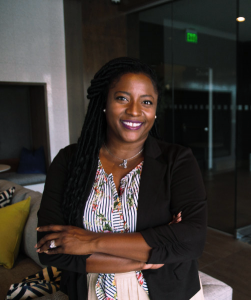 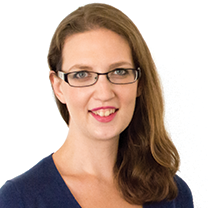 Rolando Damian Rodriguez has been leading fundraising campaigns for over 30 years. As President/CEO of the Jackson Memorial Foundation, Rolando established the most successful public hospital foundation in the country, raising over $200 million for programs. As the founder of the International Kids Fund, Rolando led global fundraising programs that raised millions for seriously ill children. Most recently, Rolando led the creation of the Big Brothers Big Sisters (BBBS) of Miami Foundation, leading to double-digit fundraising growth. Rolando holds bachelor’s and master’s degrees in community psychology and has served in various leadership roles with the Association of Fundraising Professionals (AFP). 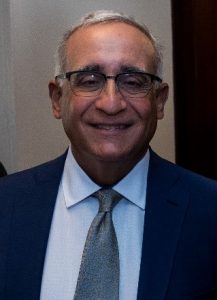 Jonathan joins Breakthrough from his most recent position at New Door Ventures in San Francisco where he helped to execute a workforce development program for underserved transitional age youth by partnering with over a hundred businesses to provide a variety of professional experiences. There, he served on the Youth Development team as a Specialist and was responsible for developing case plans, tracking participants for success in the workplace as well as continuing to make gains in education and preparing for post-secondary success. Jonathan has also spent significant time in business partnerships outreach, cultivating relationships and working to retain current partners throughout the San Francisco Bay Area. He has served as the Youth Director at Grace Fellowship Community Church for nine years and has partnered with several homeless outreach efforts in the San Francisco area. Jonathan also taught at San Quentin Penitentiary for several semesters and has long had a concern for addressing the gaps in diversity, equity and inclusion that exist in education and the contemporary workforce. He lives in San Francisco with his wife and two sons, and enjoys reading, coaching baseball and getting out into the abundant natural world of the surrounding area. 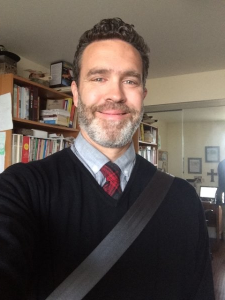 Claire joins Breakthrough as a recent graduate of Occidental College in Los Angeles. There, she majored in English and worked in institutional advancement. An East Bay Area native, she is excited to be back home and helping ensure that every student has the support network and the opportunity to attend college and achieve their goals. When she is not at work, you can likely find Claire reading, hiking, or hanging out with her cat. She hopes to one day become a high school English teacher, encouraging students to love literature and grammar! 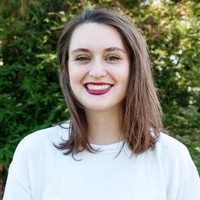 Phyllis comes to the national office after nearly seven years of experience at Breakthrough of Greater Philadelphia facilitating high-school programming and college counseling. Phyllis has extensive experience in student service as well as program development. She has been a teacher in an independent school and worked with other college access organizations serving under-resourced schools and students in the Philadelphia area. Phyllis has her BA from Smith College and her MS Ed. in education policy from the University of Pennsylvania.

A staunch advocate for public and equitable education (and a true education nerd), Hanna Levin has spent nearly a decade volunteering, working with, or working on behalf of youth and educators. In her current role, Hanna leads national data collection, analysis, and dissemination efforts for Breakthrough. She also plays an integral role in supporting Collaborative-wide initiatives around strategic planning and technology. Prior to joining Breakthrough in 2015, she taught high school geometry in the South Bronx through one of Breakthrough’s pipeline partners, Blue Engine. She is based out of Breakthrough’s Oakland office and spends much of her time outside of work at free lectures or the farmers market honing her “Berkeley mom” aesthetic (she is not, in fact, a Berkeley mom). She holds a B.A. in sociology from Pomona College and serves on the board of Camp Common Ground. 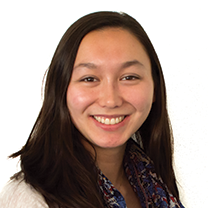 Danielle May is a seasoned grants professional with over 13 years of experience in leveraging her craft as a storyteller and connector to secure and manage diverse sources of funding. She has successfully raised funds for organizations in the fields of higher education, early childhood education, health and human services, oncology, and maternal health. She most recently served as the Director of Development with Heartline Ministries in Haiti. Danielle loves to spend time outdoors with her husband and their two children and fell in love with rock climbing after an adventure trip with fellow cancer survivors. 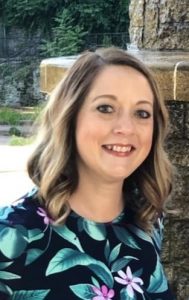 Jacob Speedy is the Salesforce technical analyst at Breakthrough Collaborative. Jacob comes from the world of Salesforce consulting, software engineering, and served an AmeriCorps year at Breakthrough Central Texas in 2015-16. Jacob lives in Austin with his dog Riley, and enjoys ultimate frisbee and hiking in his free time. 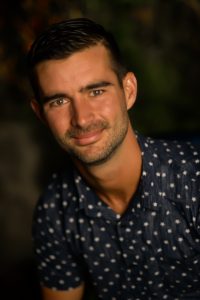 Meredith Zackey joins Breakthrough Collaborative with nearly ten years of experience in the education field. She brings her experience as program director for Breakthrough Manchester in New Hampshire and her work with Breakthrough of Greater Philadelphia as a dean of students, program assistant, and dean of faculty to her new role. Outside of Breakthrough, Meredith served two years as an AmeriCorps member with City Year Greater Philadelphia and supported the Principal Effectiveness Team at DCPS. She holds an M.P.P. in public policy from Georgetown University and currently resides in Philadelphia.

Mariohn joins Breakthrough Birmingham after four years of experience in the South Bronx as a K-8 data analyst, testing and program coordinator, and Social Studies department chair at a K-12 school. Dissecting the story told by assessment data was a stepping stone for her to find creative solutions to classroom differentiation, curriculum design and execution, and programming efficacy. Through Teach for America, she was also a Social Studies teacher at a high school in rural Alabama, which fostered her love of the state and its unique culture. Mariohn graduated magna cum laude from Florida International University with a B.S. in Secondary Social Studies Education. 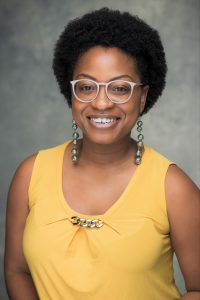 Prior to joining the Breakthrough team, Liora Chessin worked in both public and private schools, as well as the nonprofit sector. Liora started her career in education in rural North Carolina as a part of Teach For America. Liora taught 12th grade English and started the school’s first Advancement Placement English Literature course. Liora most recently taught middle school English and history in a Birmingham-area school where she organized a professional learning community for the faculty and created the student-run Leadership Through Library program. Liora also worked as the school’s director of admissions and communications building relationships with stakeholders and families. Liora has managed a state-wide college access program, worked in various marketing positions, and designed diverse curricula including middle school humanities and social justice education. Liora also recently finished her Masters in Education from Brandeis University in Massachusetts with a speciality in teacher leadership. Liora has a B.A. in English from the Ohio State University’s Honor College where she graduated summa cum laude. 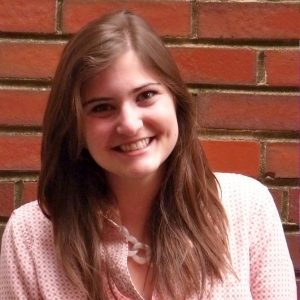