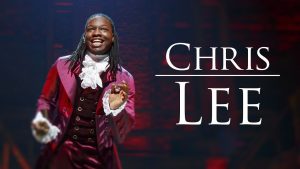 But first, he was a Breakthrough (Atlanta) student.

Chris’ passion for pursuing his dream of a career in entertainment started when he was a middle school student at Breakthrough Atlanta in the early 2000s. Chris attributes his introduction to the arts and having big dreams from his experience at Breakthrough.

Chris says, “Breakthrough was the first place that I actually performed in front of any peers, ever.  And that’s incredible because now that’s what I do for a living.  I absolutely found myself there. It’s so different because it’s such a safe space where you can try new things, and fail, and get encouragement, and thrive.”